Clogged drains are horrible. It can be a huge inconvenience and having a blocked kitchen sink or toilet can be gross and is nothing more than a breeding ground for bacteria. Your home will start to fill with horrible smells and it can be hard to remove them. Unfortunately, most households even the new ones will suffer a blockage at some time in their lifetime. The thing to remember is when clogs happen you need to get on top of them asap as they will grow into a bigger problem and cause further problems like water damage to your home and even digging up your backyard to get to the problem.

From heavy build up in your drains to children placing items in the toilet, there are many reasons why you can get a blocked drain. It is best to understand and figure out what has caused the blockage so you can avoid that in the end.

Common reasons for a blocked drain

Build up of hair is a common problem that causes a blockage. It can be easy to remove when the problem is just small but if you don’t get onto it asap then it can cause so much damage down the track. Hair from the shower and even hair from shaving in the basin that you wash down the skink can all cause a blockage. It is something common and the best way to deal with it is to put a plug guard in which will stop hair from going down the drain. 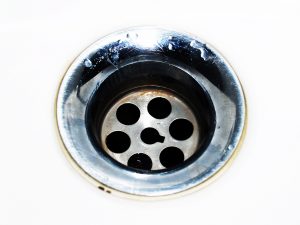 Blockages from dirt and plants

Even natural debris like shrubs, trees, leaves and dirt can become a problem for drains. You need to keep your garden maintenance frequent to ensure that there is no debris lying around that can cause a clog. Roots from trees are another problem and they are well known for growing underneath the ground and spread in search of water. It can also be said that no infrastructure construction is perfect. In the case of drainage lines, there will always be openings for contaminants or debris from above to get in into the pipelines. Most times they will head straight to the pipework. Preventing build-up in your backyard is a great idea but also take note of where you are planting trees and ensure they are well away from your pipework.

Just like the hair clogging the drains you can also get a blockage from fat and grease build-up that sits in the sink. The fatty substances are common, and it can be hard to cleanout. All fatty substances and grease will stick to the side of the pipes and catch other debris like food scraps going down the drain and eventually it will create a massive blockage that will grow over time to the point no liquid will be able to pass by.

Some people think it is ok to dispose of toiletries down the drain from sanitary items to nappies and baby wipes. Once these items soak up the water they will swell and double in size and this will just cause a blockage that can be hard to move something heavy and full of water.

During the wet season, the drain will go through floods due to the heavy rainfall. Drains are not equipped to handle all the impact from the weather and water can actually build up. If you experience an overflow of rainwater in the gutters, then you may have a blockage that needs tending to.

One response on “Why does my drain keep getting blocked?”

Infrastructure is about facilities, structures, equipment and institutions. They are meant to decide the quality and ease of a lifestyle....